Summertime at the Walled Garden 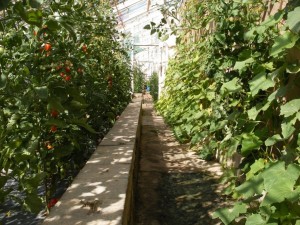 After such a hot July, the walled garden is full of crops. Unfortunately, the weeds are also prospering and with all our school groups on holiday, there is a lot of weeding for the rest of the gardening team and our volunteers!

The Glasshouse is bursting at the seams with tomatoes, cucumbers, peppers and Cape Gooseberries. The hot weather provides a need for an extensive irrigation program to keep the plants watered.

The number of different groups taking part in the garden has continued to increase. Four local schools now bring pupils each week during term time and they enjoy all the different challenges that the garden has to offer. Flintshire Local Voluntary Council has piloted the walled garden as part of the OCN courses. They have also brought other groups who just want to come along and help and share the relaxing atmosphere Mostyn has to offer. 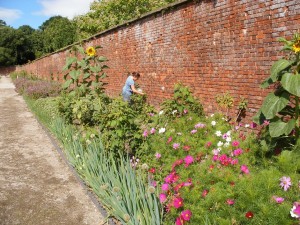 Summer colour in the garden

With the good weather, it looks like a bumper apple harvest this autumn and with help from our local cider makers, “Deeciders”, the trees are laden. They have put in a lot of time pruning the orchard over the last twelve months and they are certainly going to reap their reward.

In the future, we are hoping to press some of the apples to produce “Mostyn Apple Juice” and this will be sold to the local food co-operatives we currently supply.

The wildlife is benefiting from the good weather and the herb border is full of butterflies and bees taking nectar from the flowers on the oregano, thyme and mint.  It seems to be a great year for the British butterfly population which has had such a poor time recently.

The walled garden has over the many years had a mass problem with dormant weed seed.  To help our crops, we are planting some through modern fabrics. 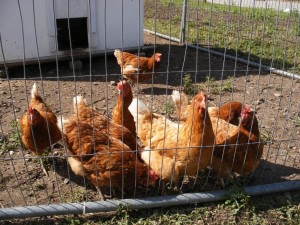 This helps us control the weeds without spraying and follows the organic principles. Without using chemicals, it will take several years to reduce the weed seed burden, but we have a new weapon – our chickens! They are all ex-battery hens which were destined for the food chain, they were rescued and brought to the walled garden. After a few weeks they have new feathers and are cleaning and fertilizing the ground and provide us with fresh eggs each day!