Tudur ab Ithel Fychan and the building of the Mostyn Estate

The family’s expansive estates in Flintshire were inherited following the marriage of Ieuan Fychan of Pengwern to Angharad the daughter and heiress of Hywel ap Tudur ab Ithel Fychan of Mostyn in the first half of the 15th century.  Following this marriage, Mostyn in Flintshire gradually replaced Pengwern as the family’s chief residence and powerbase.  Angharad’s ancestors had lived at Halkyn until the time of her grandfather Tudur ab Ithel Fychan.  He was one of the greatest estate builders of his time and between 1328 and 1355, utilising the perks of both Welsh and English law, managed to acquire substantial areas of land in the parish of Whitford, including much territory in the township of Mostyn.  His purchases of land on such a large scale were unprecedented, laying the foundation for the Mostyn estate in Flintshire.  To this very day, Mostyn Estates Ltd. still possesses much of this land.  Resultantly it has been suggested that excepting the Crown, Mostyn Estates are the oldest landholding institution in Wales. 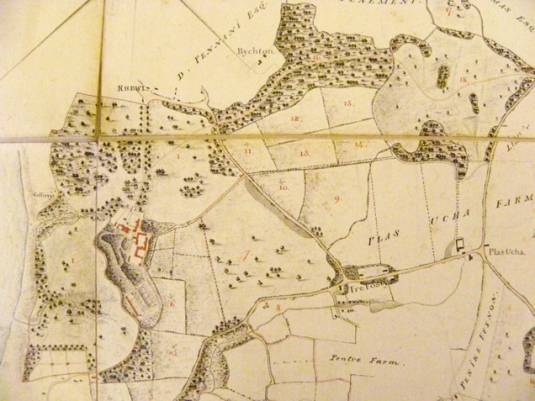 the building of the Mostyn Estate
OUR HERITAGE