Uncovered in 1987, the copper mine situated on Llandudno’s Great Orme is one of the earliest and most extensive prehistoric metal mines ever discovered in Europe, providing invaluable evidence about the industrial history of Bronze Age Britain.  Archaeological excavations have revealed almost 6 ½ km of underground Bronze Age tunnels with an estimated 10 km still to be discovered.  Thousands of bone tools and stone hammers have been found and using this equipment it is estimated that 1,800 tonnes of copper ore was extracted during the Bronze Age.  This ore was probably smelted down and alloyed with tin (from Cornwall) for the production of bronze.  In 1692 Sir Thomas Mostyn the 2nd Baronet took steps to reignite the copper mining industry of the Great Orme.  See: www.greatormemines.info

The picture features a cake of copper found at Caerhun on the river Conwy.  This cake featuring the inscription ‘SOCIO ROMAE’ is reputedly of Roman origin and has been in the possession of the family since the 17th century. 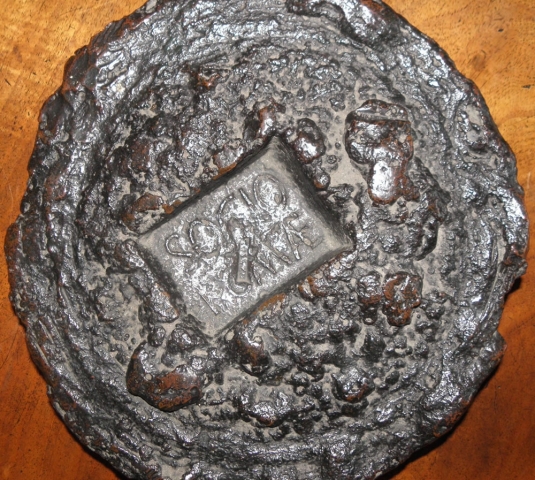