The name of the church, parish and town of Llandudno is derived from that of St. Tudno.  Remarkably little is known of the saint’s life and legacy though he has been commemorated on June 5th since medieval times.  Presumably living during the 6th century, legend suggests that Tudno was one of the sons of king Seithenyn of Cardigan.  Despite this lack of biographic and hagiographic information, St. Tudno did leave his mark on the landscape of Y Gogarth.  Apart from the ancient parish church founded by St. Tudno on the northern slopes of the Great Orme, the headland also features St. Tudno’s Well, a rocking stone called Cryd Tudno and a cave named Ogof Llech which is said to have been St. Tudno’s cell.  Towards the end of the 17th century, Sir Thomas Mostyn of Gloddaith (c.1651-92) frequently utilised the cave as a fishing hideout.  See: www.llandudno-parish.org.uk/sttudno.html 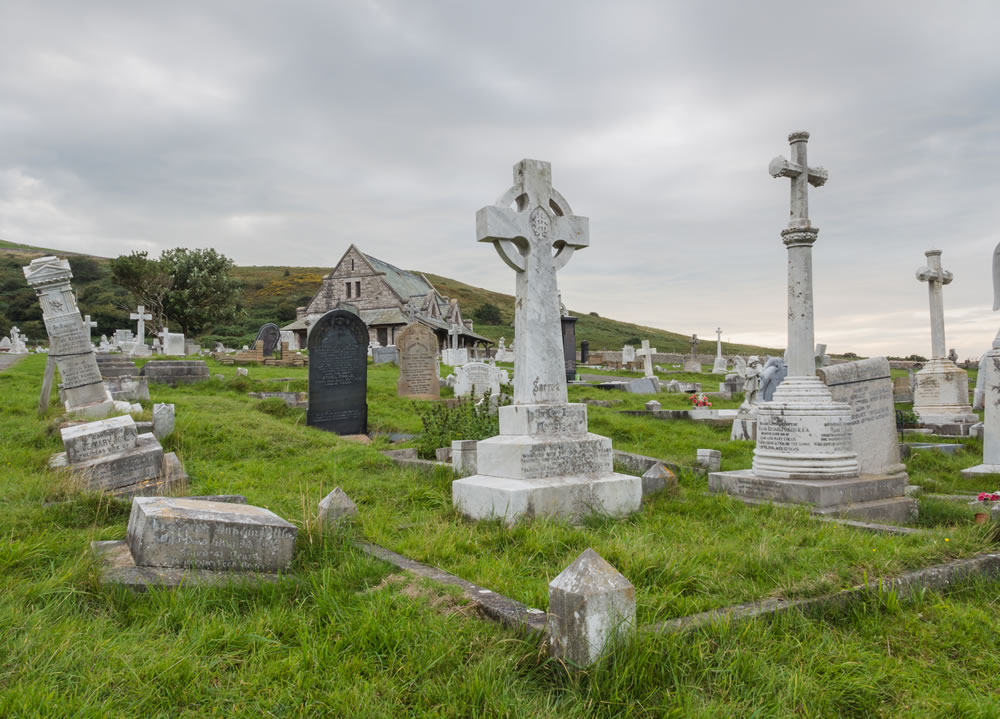 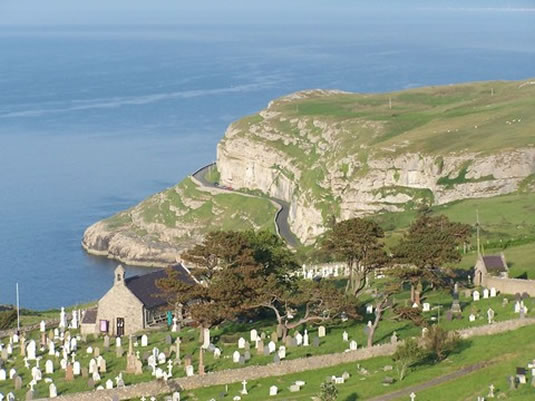